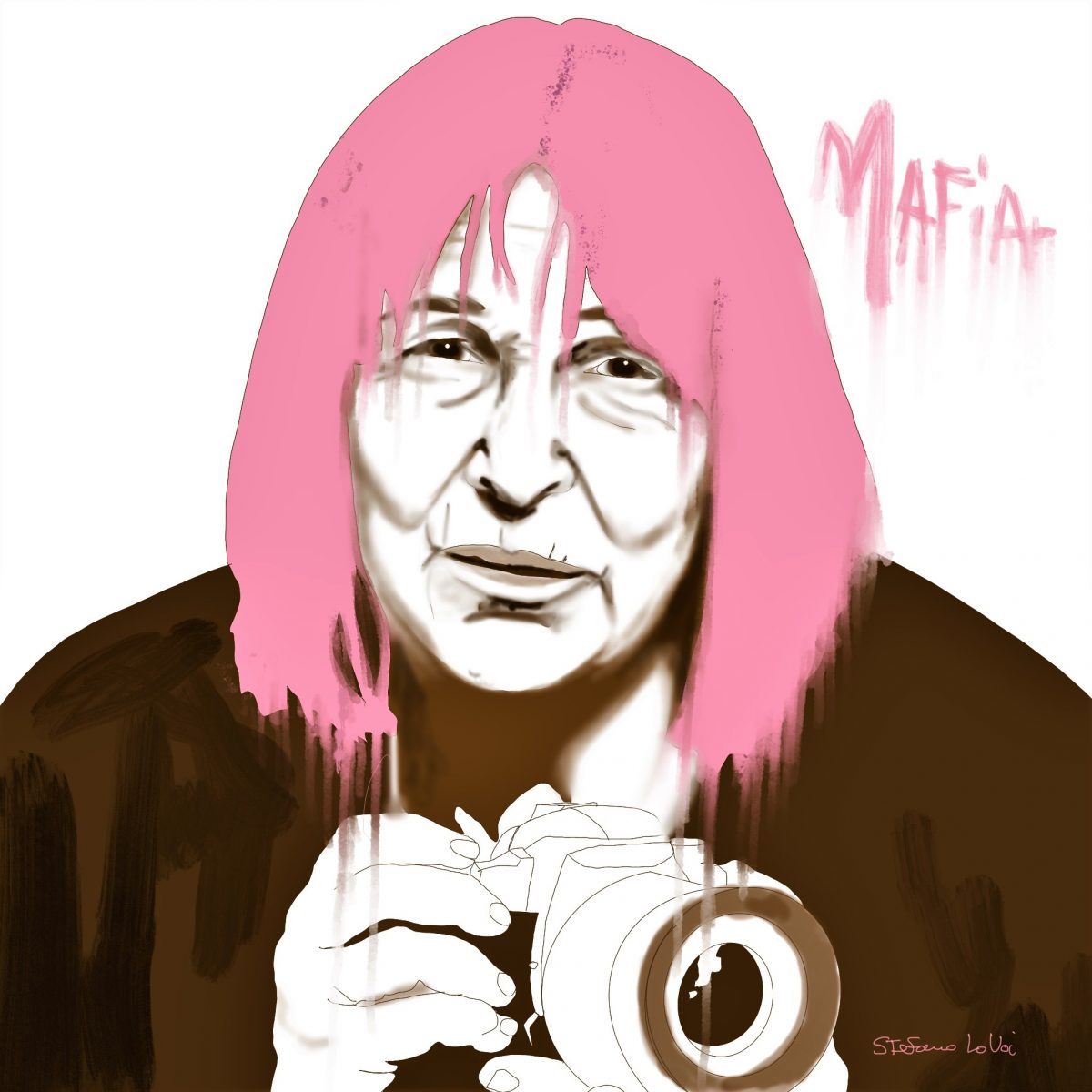 The world-famous photojournalist from Palermo, Letizia Battaglia, an extraordinary woman and professional, who was able to capture the life of an entire city in her photos, passed away on April 13th at the age of 87.

Camera, cigarette and jaunty bangs of red hair that over the years took on the colors of the rainbow. These few words would be more than enough to describe Letizia Battaglia but an important piece would be left out: Palermo. Letizia was an artist, a pop icon, a brave fighter, a “soldier,” as she liked to call herself sometimes.

Letizia was and always will be a symbol of Palermo, a guiding light, a flag along the long path that led her to bear witness to, denounce and fight the Mafia. Her visceral bond with the city was never broken even during her ‘getaways.’ And she did this through her stark and dramatic photos of the Bloody Seventies in Palermo, the Mafia “civil war” of the eighties, as well as of the neighborhoods, the girls, the poverty, parties, dances and the women, that part of the world that the artist believed to be incapable of causing wars and conflicts.

“I’m a person, not a photographer. My photos don’t glorify evil, they tell it through beauty. For me, despair is beauty, defeat is beauty, misfortune is beauty,” she said of herself and her work.

She was born in Palermo on March 5, 1935 and got married at the age of sixteen to free herself from family and patriarchal constraints. She began photographing in 1969, at the age of 34, collaborating with the Palermo newspaper L’Ora (from 1974 to 1991), the only woman on the editorial staff. In 1970 she moved to Milan where she began her career for Time magazine. Her first photo was of Pier Paolo Pasolini.

Four years later she returned to Palermo and together with Franco Zecchin she founded the agency Informazione fotografica, collaborating with the likes of Josef Koudelk and Ferdinando Scianna. She left Palermo again after the Capaci attack in 1992 “disgusted by the violence.” She who had always been the first at the scenes of mafia crimes, she who knew the scent and sight of blood very well, had reached the limit. But after a break she returned to Palermo.

She went everywhere, shooting and exhibiting all over the world: at the Centre Pompidou in Paris, at the Maxxi in Rome. And in Venice, Budapest, Great Britain, the United States, and Brazil… She was the first European photographer to win in 1985 – with the American photographer Donna Ferrato – the prestigious Eugene Smith Award, named after the great Life photojournalist, in New York. She was also active in politics, a member of the city council with the Green Party, councilor for culture with the mayor Leoluca Orlando, and member of the Sicilian regional assembly. She even had experience acting in the films Palermo Shooting by Wim Wenders and La mafia non più quella di una volta by Franco Maresco.

Letizia’s death comes shortly before the airing on Italian TV of a drama in two episodes, on May 16th and 23rd. Directed by Roberto Andò, the actor Isabella Ragonese plays her in the story of what was for her times a rebellious, restless, and scandalous life. However, the photojournalist managed to make her dream come true by creating the International Center of Photography in Palermo, at the Cantieri Culturali della Zisa.

As her daughter Shobha recalls, Letizia Battaglia “lived for the future.” She fought until the very end against her disease and physical suffering, never stopping, always thinking about work and planning trips: “Death? I don’t consider it, I don’t think about it,” she would say. “It’s coming? So, goodbye… My grandchildren, great-grandchildren, and my daughters, who are a part of me, will still be here. Like my photos, which I hope will be a testimony worthy of history. So, no. I won’t die.”